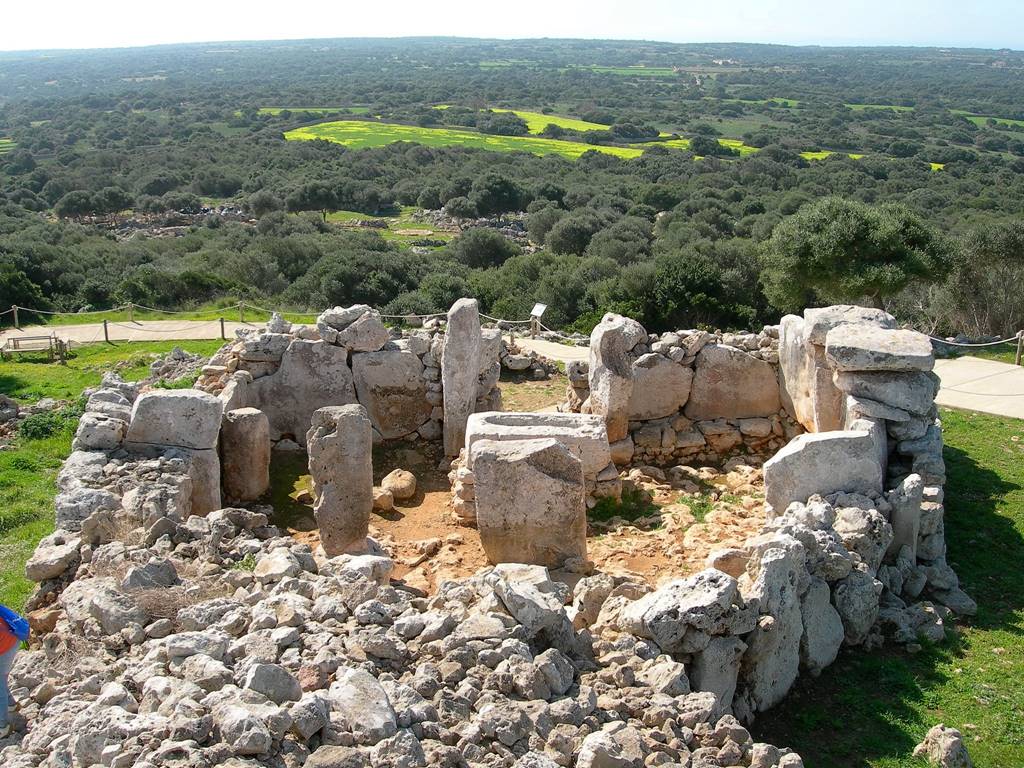 In 1997 the archaeologists Gustau Juan Benejam and Octavi Pons Machado, through the Museu de Menorca and the Amics del Museu association, started the excavation project in a proto-urban circulation area with several covered structures in the south area of the Talatí settlement. Archaeologists like Carmen Lara Astiz (UAB), Josep Marquès Moll (AMM) and Joaquim Pons Machado (AMM) also took part in this project, together with some members of the organising entity and volunteers.

It was during this first campaign when they had the idea to take the already initiated projects further under the "archaeological field work" format for History students. These aforementioned experts joined the team, as did the restorer Francesc Isbert. After a year of preparations, in 1999 the first edition of the field study was ready to get under way with both scientific and educational goals. In May and June of 2000, Boston University collaborated on the excavation together with a group of professors and students, although the digs stopped when the archaeological site became a privately managed site. Hence, at the Menorcan Island Council's proposal, the field work was transferred to the Torre d'en Galmés settlement, an archaeological site owned by the Spanish Department of Culture since 1974. Nevertheless, a full monographic about this first research phase was published in 2005:  Talatí de Dalt 1997-2001. 5 anys d'investigació a un jaciment talaiòtic tipus de Menorca.

The first tasks at Torre d'en Galmés were carried out from July to August 2001, in Building 1 in the southeast area of the large Talayotic settlement of Alaior (6.2 ha). Clearly, the scientific goal of the archaeologists and restoration team of the Amics del Museu de Menorca association remained to expand on knowledge and the dissemination of how daily life was lived in the Talayotic settlement houses in the Iron Age as well as the posterior settlements, if existing. From this initial intervention at Torre d'en Galmés, several papers have been published like academic and dissemination articles, including: “Excavació i restauració d'un cercle talaiòtic a Torre d'en Galmés. Amics del Museu de Menorca (2001-2005)”, in the volume L'arqueologia a Menorca: eina per al coneixement del passat, published by the Island Council of Menorca in 2007.

These excavation campaigns, co-led by Gustau Juan, Carmen Lara and Joaquim Pons, provided the opportunity to many young students and archaeologists, many of whom are currently working in Menorca and overseas, not only to implement their theoretical knowledge about archaeology and history learnt at university but also to learn and put into practice the basic techniques and abilities necessary for professional activities of archaeology. The field work usually carried out in two-week shifts in July and August and involved groups made up of two teaching archaeologists, two supporting members and a maximum of ten students per shift. Tasks of treatment and study of materials were carried out at the Museu de Menorca along with students as laboratory and workshop practice of the field study. This was complemented by theory and practice lectures about Menorcan prehistory and protohistory, archaeological drawing, ceramics classification, handling of bibliographies, etc. Furthermore, this experience was enriched with outings and visits of a cultural and heritage nature around the island.

In 2005 a new excavation was inaugurated in a new housing structure, Circle 7, also located in the southeast part of the settlement, while the restoration and adaptation tasks of building 1 were completed. Thanks to this new Circle 7 project, the Amics del Museu de Menorca association developed the base to establish their future by including new young archaeologists and students, such as  Antoni Ferrer, Martí Carbonell, Margarida Anglada, Carlos de Salort, Irene Riudavets and Borja Corral, hence foreseeing the long-term excavation of an entire set of household structures including their courtyards in the southeast area of the archaeological site, referred to as  circles by M. Lluïsa Serra. Subsequently, from 2005 to 2010, Circle 7 was excavated and restored. Many archaeologists and students from around Menorca, Spain and all of Europe took part in the excavation of this circle. The excavation of this circle provided unforgettable moments, like when a structure from the 3rd century BCE that had been abandoned in a sudden fashion, hence full of all kinds of materials that the inhabitants of the dwelling could not take with them, was uncovered. Another highlight was the discovery of 6 groups of bones, skeletons, some of them nearly complete, that were excavated by Elena Sintes from 2007 to 2008. With regards to Circle 7, also worthy of mention are the many publications and speeches presented at specialising conferences. The work at Circle 7 was completed in 2011 after the restoration and adaptation of the enclosure carried out by Francesc Isbert with a clearly monumental outcome.

That same year the excavation of the front courtyard of this circle began under the direction of Carmen Lara, Joaquim Pons, Antoni Ferrer, Martí Carbonell and Irene Riudavets. At this point a gradual shift from "field study" towards "archaeology courses" was planned in order to establish an Archaeology School for university students. This school would offer young archaeologists, historians and restorers the opportunity to experience the archaeological and educational practical experiences in Menorca and even to train and work in this sector. The ample experience of the organising entity, Amics del Museu de Menorca, solid collaboration with Menorca's Island Council, the Museu de Menorca and the city councils of Maó and Alaior also provided substantial support. This support was crucial as it allowed access to the School to universities and cultural institutions from all over the world. It would also offer a wide range of courses where well-renowned specialists in archaeology and cultural heritage would take part in a highly significant archaeological site, taking advantage of the very best premises on the island to this end.

In 2013 excavations continued in the structures around Circle 6, called the "courtyard of Circle 6", thanks to the coordination of Carmen Lara and Joaquim Pons and the co-direction of Antoni Ferrer, Martí Carbonell, Borja Corral and Irene Riudavets. These research and excavation tasks still continue today with new admissions and goals. Furthermore, this year the excavation area has been extended to the perimeter wall area that encloses the entire settlement and the courtyards of Circles 6 and 7. These tasks will help to define in a more global manner the proto-urban organisation of this southeast area and, without a doubt, make it a better monument for visitation. This adds to the fact that Torre d'en Galmés is already one of the most outstanding settlements of the 32 Talayotic archaeologic sites included for the nomination to become a UNESCO world human heritage site. Finally, it must be said that since 1997, the continuous archaeological research projects carried out by Amics del Museu de Menorca have made the participation and collaboration of more than twenty experts and specialists from Menorca and overseas, as well as more than one hundred university students and volunteers from the island and all over the world a reality.